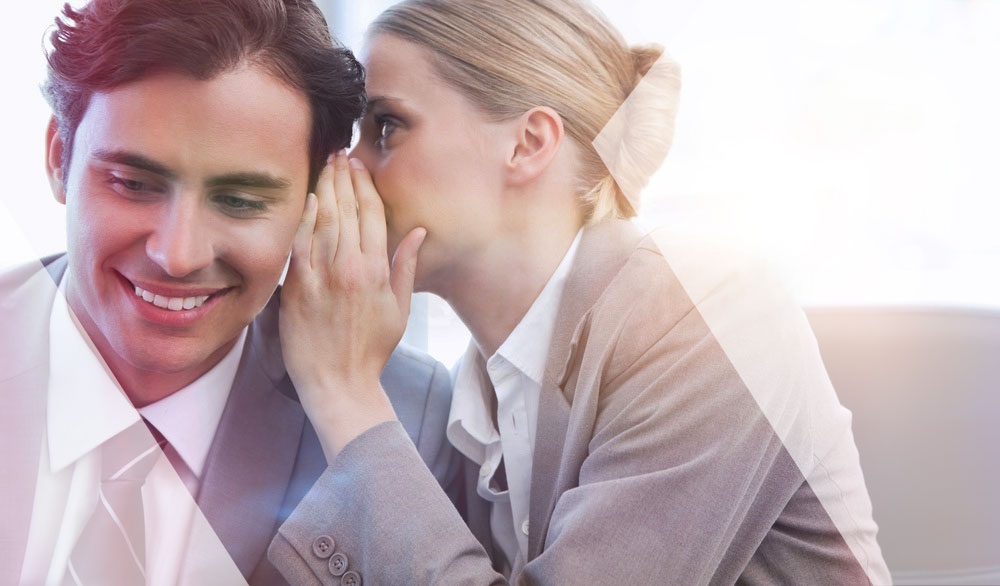 For some, it is simply strange; whereas for others, perverse enough. Still, whispered interpreting is a popular and cost-effective interpreting technique. Have you heard about it yet?

Somewhere within Cortés and Nuremberg trials

Interpreters were very appreciated in ancient Egypt, Babylon and other territories where people from different cultures, ethnic and language groups lived together. They facilitated communication in the spheres of trading, army, diplomacy, and religion. Neither headsets nor microphones were known by pharaoh Horemheb or conquistador Hernan Cortes in their times. Dialogs might have been interpreted sentence-by-sentence or in short stretches.

Gradually, the vision of the interpreter as a profession significantly changed. During the 20s, ethics did not allow the interpreter to interrupt the speaker. The speech might have taken two hours. A properly trained memory and a special note-taking technique represented their tools. And when there was no paper left, they used the sleeves of their shirts to help. Only in the Nuremberg trials was the first simultaneous interpreting as we know today used. And yet, during the period up to the origin of simultaneous interpreting, whispered interpreting had been started to be used.

Whispered interpreting – when, where and why

Whispered interpreting or whispering is the technique also called chuchotage, from French. The interpreter whispers into the ear of the delegate. Let me give you an example. If there is a conference in Slovakia and the participants speak English, simultaneous interpreting is booked. Two professional interpreters and the necessary technical equipment are hired. One of the participants is from Spain and does not understand English. Therefore, the organizers hire a professional interpreter to do whispered interpreting. The interpreter is seated behind or next to the Spanish speaking participant at the conference. He leans to the delegate and whispers directly into his ear. This way, the information is transferred.

Most often whispered interpreting is used exactly because it is cost-effective for the client. It would be useless to hire two more interpreters (there are two in every booth who switch) who would interpret for only one participant.

Whispered interpreting is used not only during conferences, but also in community interpreting – during court proceedings, prosecutions, by authorities, by police officers, in hospitals – or in cinema and theatre. Many consider it to be only a subtype of simultaneous interpreting. Yet the United Nations Organization and European Union acknowledge it as one of the main types of conference interpreting. It is a technique that is also recognized and employed by the Directorate-General for Interpreting and European Parliament. However, it is quite interesting that whispered interpreting is not taught during the studies of future professional interpreters. Study plans include the two, according to some, main modes mentioned – simultaneous and consecutive interpreting – but the students have to cope with chuchotage on their own.

Translation and interpreting agencies offer simultaneous and also consecutive (segment-by-segment) interpreting. Some theoreticians agree that whispered interpreting is different enough to constitute a mode of its own, as the interpreter:

Whispered interpreting also demands special skills. There is no soundproof barrier between the whispering interpreter and other participants. Just as the audience could disturb the interpreter, the interpreter could be disturbing. It happens quite often that the audience does „psssssst“ quite loudly to quieten the interpreter. In some cases, it is impossible to separate the target audience from the non-target one.

I remember my first experience with whispered interpreting quite well. When I leaned towards my friend in the operating room, she stopped looking at the doctor and looked at me with her eyes saying, Why are you whispering into my ear? She was confused and did not know whether to listen to me or the doctor, although she did not understand him. The doctor seemed to be confused, too. There was a moment when my friend and I were looking at each other and did not pay attention to him. My friend expected that I would start talking after the doctor stopped, as she saw it in movies. Finally, everything was ok.

Something similar happened to my friend at a conference. She was the interpreter seated next to the Spanish participant and provided whispered interpreting. After about ten minutes, the Spaniard turned to her and asked where the technique was taught, how she can do it, and how it is possible to do it so fluently etc. She was more interested in whispered interpreting than the theme of the conference. The interpreter smiled a little, finished interpreting and the chuchotage theme was discussed after the event. Not every interpreter is willing to do whispered interpreting. Interpreting itself is one of the most physically and mentally challenging professions. Moreover, imagine you have to whisper for two hours, and have others gaze at you as you disturb them. Let´s respect the work of people in our surroundings, and do not be afraid when one day somebody would like to whisper directly into your ear.